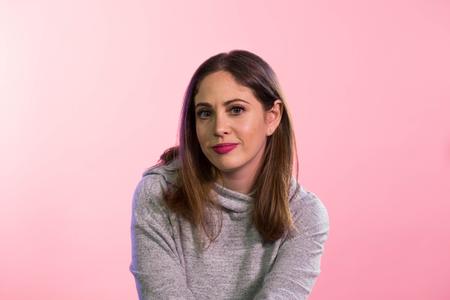 Ilana Gordon is a writer originally from Connecticut. She has lived in Boston, Chicago, and Los Angeles, and currently resides in a state of continuous panic.

For the last three and a half years, Ilana worked as an Associate Producer for E!'s Daily Pop, where she wrote about pop culture and entertainment, and produced interviews and segments with celebrities like Ryan Reynolds, Jodie Comer, Laverne Cox, Joel McHale, Dua Lipa, and Jamie Foxx.

Ilana has written four comedic pilots, any of which she would be happy to share with you. Most recently, her pilot "Cash Explosion" was a Top 5 Finalist in Final Draft's Big Break 2020 Competition, and an Official Selection of Coverfly's Spring 2021 Pitch Week. Her pilot "O Cannibal" was a Top 10 Finalist in the Table Read My Screenplay Comedy Genre Competition, an Official Selection of the Austin Comedy Film Festival, and was included on Coverfly's Red List.